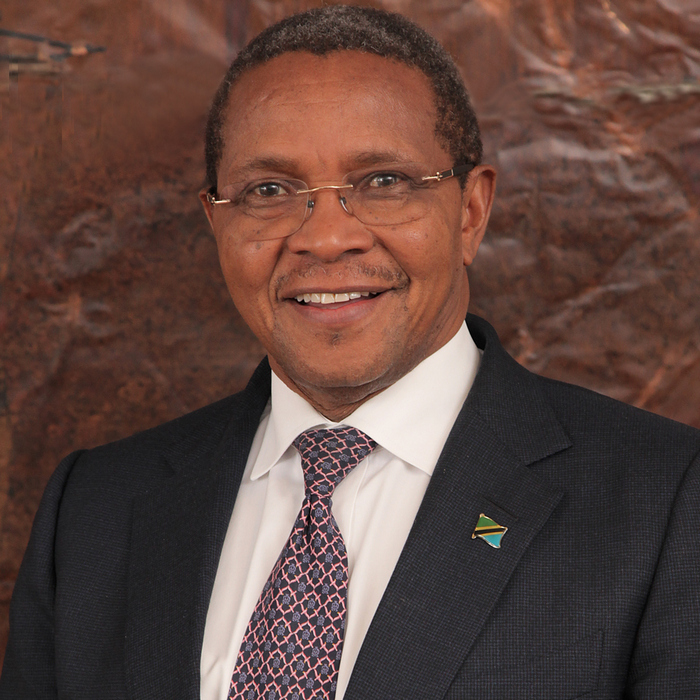 His Excellency Former President Jakaya Mrisho Kikwete served as the President of the United Republic of Tanzania for two terms. He holds a degree in Economics from the University of Dar es Salaam and started his career in the military, where he rose to the rank of Lieutenant-Colonel before retiring from the army in 1992. He joined the Cabinet in 1988 and held several ministerial portfolios including Minister for Finance, Minister for Water, Energy and Mineral Resources and Minister for Foreign Affairs and International Cooperation.

During his tenure in the Ministry of Foreign Affairs, he led Tanzania’s efforts to bring about peace in the Great Lakes region, particularly in Burundi and the Democratic Republic of Congo (DRC). As Chairman of East African Community’s Council of Ministers, he played a pivotal role in moving forward the process of regional integration in East Africa, particularly the delicate negotiations of establishing a Customs Union between Tanzania, Kenya and Uganda. He also Co-chaired the Helsinki Process on Globalization and Democracy with the Foreign Minister of Finland. In 2007, President Kikwete was elected Chairman of the SADC Organ on Security, Defense and Politics.

On 31 January 2008, President Kikwete was elected Chairman of the African Union Assembly of Heads of States and Government, where he took a proactive role in the resolution of conflicts in the Republic of Kenya and the Democratic Republic of Congo. He also advanced to greater heights the relations between the AU and the UN, EU and International Community at large. He has completed his Chairmanship of the East African Community and it was during his tenure that the EAC signed and ratified the Protocol on the Common Market. He left negotiations on the Monetary Union at an advanced stage.