Africa is the world’s youngest continent with 60% of its population aged below 25 years. Seventy two percent (72%) of youth in Africa are either unemployed or vulnerably employed. An estimated 11 million young people in Africa join the labor market each year but only 25% get wage employment. Youth include male and females between the ages 18-35 years and include from both rural and urban youth areas.

Youth unemployment poses serious problems that include a significant threat to social cohesion and political stability and, radicalization, with 40% of people who join rebel movement being motivated by lack of economic opportunity. It also causes continuous perilous migration with nearly 70 percent of migrant flows are people younger than being younger than 30.

Considering that the value of Africa’s food market is projected to grow to USD 1 trillion by 2030 and currently Africa imports food worth USD 35 billion per year, there is a huge opportunity for youth to become employed in the agriculture sector.

For agriculture to be attractive to the youth, AGRA believes that significant investments must be made in agricultural education at all levels including rebranding away from the belief that it is for people who cannot make a livelihood elsewhere. That agriculture should be positioned as the new unexplored frontier for business opportunities.

Agricultural innovations must therefore be supported; market and rural infrastructure must be improved; and the business environments must be strengthened in ways that raise meaningful and sustainable incomes and expand agriculture value chains.

The youth represent an enormous opportunity for Africa’s agriculture transformation given their literacy levels, greater understanding of information and communication tools, increased appreciation of value addition and energy compared to the older generation. Due to their ability to adapt to new methodologies and technologies, young people have a vital role to play in modernizing and transforming the agricultural sector. Innovations in technology are further contributing to advancing value chains and providing new employment opportunities for the youth. The youth are well positioned to fix the broken supply chains and low adoption of technologies that cause low productivity.

In its current strategy, AGRA proposes a suite of interventions to address some of the challenges and to maximize the available opportunities for the large youth population at various points along the value chain. Interventions include:

In its current strategy, AGRA proposes a suite of interventions to address some of the challenges and to maximize the available opportunities for the large youth population at various points along the value chain. Interventions include:

Build the capacity of youth to profitably engage in activities along the agriculture value chain through a multi-pronged approach including basic agribusiness training, an intensive agribusiness entrepreneurship program; and a multi-track vocational education program.

Increase youth employment and business opportunities, involving the use of ICT, along the agriculture value chain by building strong businesses in inputs (seed, fertilizers, and agro-chemicals); mechanization (planting and harvesting); and outputs (aggregation, value addition, marketing).

Increase farmers’ productivity through irrigation and water management, and improve their access to markets and financial services. This will engage youth all year round and enable them to grow a combination of cash and food crops.

Support governments to develop policies and strategies that foster youth employment and strengthen the involvement of youth in last-mile delivery of agriculture services (extension, input distribution, produce aggregation and other service provisions).

Establish a special fund facility to support youth entrepreneurs such as the credit guarantee schemes to de-risk lending to youth.

The interventions are targeted at strengthening the Institutions within the seed, fertilizer, extension, input delivery, markets, inclusive finance and resilience systems to ensure farmers have last-mile access to the appropriate technologies, and information to enable them to increase their crop productivity, and to have access to markets for their produce

Equipping the youth with the right knowledge and the means required to engage in the agriculture sector while providing a conducive environment for them to participate will be critical to driving a more productive and modern agriculture sector in Africa. 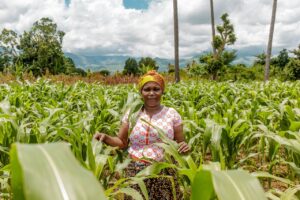 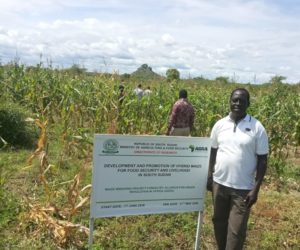 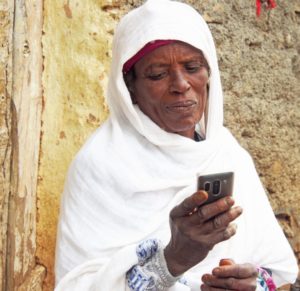 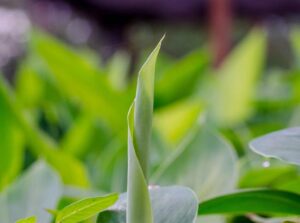 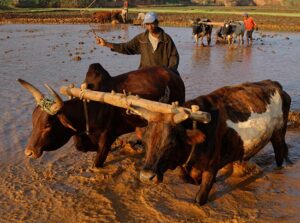