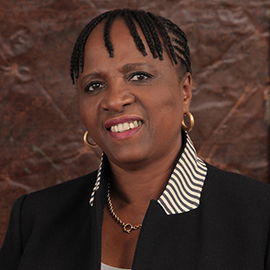 Ms. Hixonia Nyasulu has global experience across multiple sectors in South Africa and Europe for blue-chip companies, as well as on the Banking Enquiry panel for the South African Competition Commission. She held numerous management roles at Unilever in South Africa between 1978 and 1984, and subsequently founded two highly successful companies. She has substantial experience as a non-executive director and served on the board of Unilever Plc for nine years, from 2007 until 2016. She was a non-executive director and subsequently chair of Sasol Ltd between 2006 and 2013. Hixonia has also served on the boards of Anglo Platinum Ltd, the Development Bank of Southern Africa, was vice-chair of Nedbank and served as a member of the JPMorgan Advisory Board for South Africa until October 2013. She earned a degree in Social Work and Psychology from the University of Zululand. She also completed programmes at the IMD in Lausanne, Switzerland, and the Arthur D. Little Management Institute in Cambridge, Massachusetts.