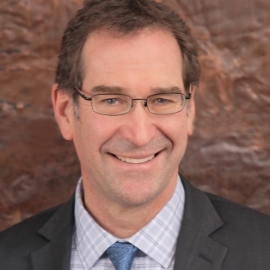 Nick Austin is Director, Agricultural Development, within the Global Development Program at the Bill & Melinda Gates Foundation. He joined the foundation on January 3 this year. Previously, he was Interim Executive Director, CGIAR, based in Montpellier, France, and prior to that served for seven years as Chief Executive Officer of the Australian Centre for International Agricultural Research (ACIAR), where he was responsible for leading the Centre’s effort to improve the incomes and livelihoods of smallholder farmers in the developing world.

Nick has held senior executive roles for over a decade, was a member of the Portfolio Executive of Australia’s Department of Foreign Affairs and Trade and served for seven years on the CGIAR Fund Council. Coming from a farming family, Nick holds a PhD in irrigation and water quality from the University of Melbourne; a Masters in Sustainable Management from the University of Sydney; and a Bachelor of Engineering in Agriculture with Honors (University of Melbourne). He is a Fellow of the Australian Institute of Company Directors and has held a number of directorships on private and not for profit companies.

T&C Statement
By registering, you agree to the processing of your data by AGRA as described in our Privacy Policy