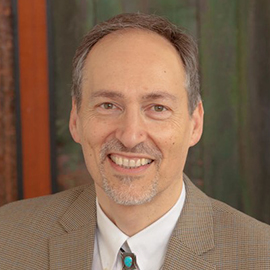 Roy Steiner, PhD, is the Senior Vice President for the Food Initiative at The Rockefeller Foundation, where he leads a team focused on creating access to nourishing food for millions of people in the U.S. and around the world, supporting scientific advances in human nutrition and sustainable food production, and carrying forward the Foundation’s enduring commitment to a sustainable Green Revolution in Africa.

Roy joined The Rockefeller Foundation from the Omidyar Network, where he served as Director of the Intellectual Capital team since 2015, focused on helping Omidyar achieve its strategic objectives at all levels including in the agriculture space. He dedicated nearly a decade of his career to leadership positions at the Bill & Melinda Gates Foundation, where he was a founding member of the Agricultural Development initiative and was instrumental in working on AGRA’s formation with The Rockefeller Foundation and the Bill & Melinda Gates Foundation form AGRA.

Before the Gates Foundation, Roy spent eight years in Africa where he was founder and CEO of Cyberplex Africa, one of the largest web development and knowledge management companies in southern Africa. Early in his career, he was an original founder and managing director of Africa Online, which pioneered the delivery of Internet service in Zimbabwe. Additionally, he was a founding member of CH2MHill’s Strategies Group and has consulted for McKinsey & Company in the areas of technology innovation, growth strategies and international development.

Roy holds a PhD and a Master of Science in agricultural and biological engineering with minors in economics and international development from Cornell University, as well as two bachelor’s degrees in mechanical engineering and biology from the Massachusetts Institute of Technology.

Roy previously served on the AGRA Board in its early years and is now rejoining the AGRA Board substantively as a Board Member from The Rockefeller Foundation.