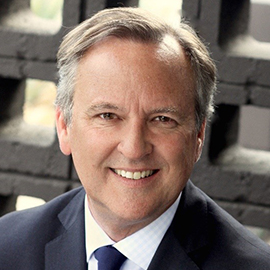 Ambassador David J. Lane (Ret.) is president of The Annenberg Foundation Trust at Sunnylands, a post he has held since September 2016. Before that, from May 2012 until August 2016, he served as U.S. Ambassador to the United Nations Agencies in Rome, promoting policy reforms in the areas of food security and development.

Prior to his service in Rome, Ambassador Lane worked in the Obama administration as Assistant to the President and Counselor to the White House Chief of Staff. From 2007 until 2011, he was President and Chief Executive Officer of the ONE Campaign, a global advocacy organization focused on extreme poverty, especially issues of global health, economic development, and effective governance.

From 2001 to 2007, Lane directed the East Coast office of the Bill & Melinda Gates Foundation, leading its public policy and advocacy efforts. In the 1990s, Ambassador Lane held several appointments in the Clinton administration, including Executive Director of the White House National Economic Council and Chief of Staff to the U.S. Secretary of Commerce. He is a member of the Council on Foreign Relations and serves as Chairman of the board of directors for the Stimson Center, a nonpartisan policy research center.

A native of Florida, Lane earned a Bachelor of Arts degree in Political and Social Thought from the University of Virginia and a Master of Public Affairs from the Princeton School of Public and International Affairs.